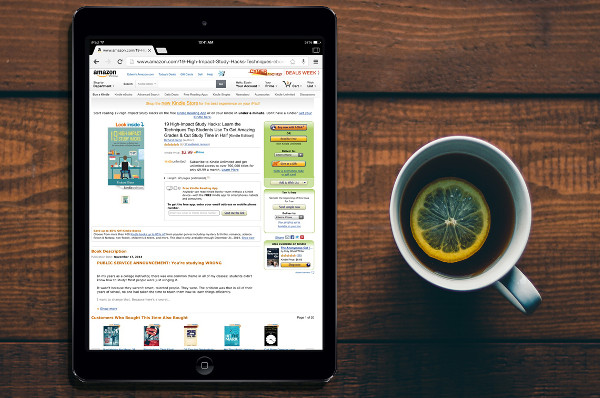 Thinking about Self-Publishing an E-book? Statistics Prove it’s the Best Time, to Publish Your Own Book.

Have you thought about writing an E-book about your favorite subject? Are you procrastinated on beginning the E-book telling yourself, “It’s not the right time”?

I think that is a struggle all of us can relate to on some level. Each of us has different justifications as to why we have not started, whether it is time, priorities or other obligations. The one justification however that can no longer be used is that E-books just don’t sell and not a good return on investment (ROI).

As the mobile and digital age continues to grow we are seeing an exponential increase in the sale of E-books. Previously E-books sales were dismal, they even lagged behind Audio Book sales; however, thanks to the growing tablet and Smartphone markets E-books have never in history been more Accessible.

According to Gartner Inc. the worldwide tablet unit sales are projected to hit 320million in 2015, up from 250million in 2014. The stats, mind you, are excluding the new mobile Smartphone’s that have augmented in size and replicate mini tablets, like the iPhone 6+ and Galaxy Note 3.

Pew Research Center reported that 90% of Americans own a cell phone, 32% own an e-reader and 42% own a tablet. It is becoming very evident that the E-book consumption is increasing exponentially. Look at those bullish E-book reader (green) and tablet computer (red) data sets, they would make any investor start reaching for their wallet.

Now you maybe thinking, “Well those are E-book Authors with Publisher deals, I couldn’t possibly compete with them as a Self Publisher” I think the following might statistics surprise you.

The Rise of the Planet of Self Publishers

Earlier this year Author Earnings Report published their first data set of a longitudinal study they are embarking on. The study is being done in hopes of spotting emerging trends and facts about the publishing world. Two stats really stuck out about Amazon’s Best Sellers List.

To give you some background on the study, the statistics are coming from Amazon’s Best Sellers List, specifically looking at how sales, gross revenue and daily revenue is being broken down. They did this to see how different types of Authors from Self Publishing Authors to those with Big Publisher partnerships compared in Amazon’s marketplace. 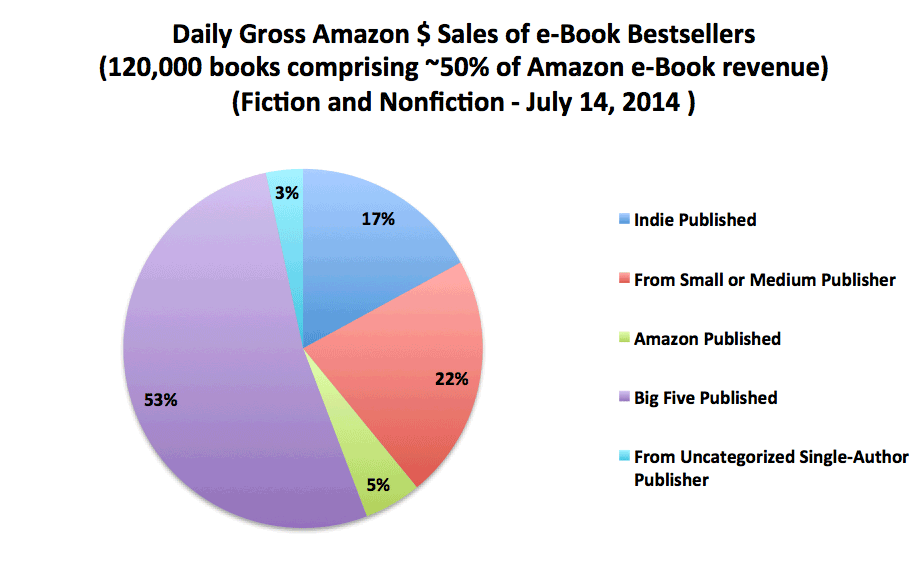 To no surprise Authors from the Big Publishers make up 53% of the sales in Amazon’s Marketplace, although Self Publishing Authors have been growing steady by 1%. This large disparity, in part, is due to the fact that Self Publishing Authors usually sell their E-books for far cheaper than Published Authors who sometimes command up to $14.99.

Wow, so that means Published Authors make a good living huh? Now here’s where it gets interesting… 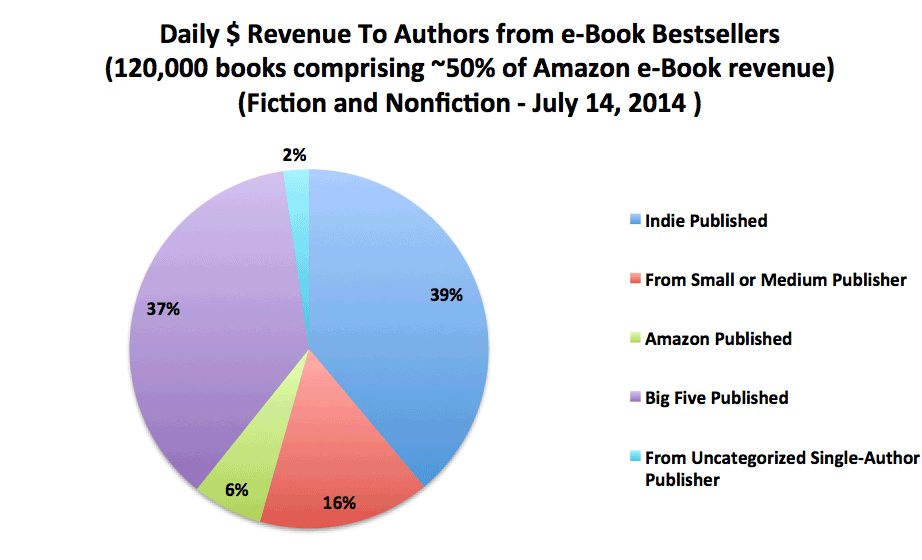 Here is the graph of the average amount of money that the Authors actually receive, from daily E-book sales. As you can see the Self Publishing Authors are actually getting paid more daily then some of the Authors from the Biggest Publishers!

How is this possible? Well the Publishers are currently taking such a substantial cut from Published Authors that the royalties paid to the Self Publishing Authors are actually becoming more appealing.

This circles back to an ongoing issue between Publishers and Retailers (specifically Amazon). Over the years many revisions have been made as to the distribution of wealth in the E-book industry.

A while back the agreement between Publishers and Amazon was simple.

The publishers price the E-book, say $15, and sell it wholesale to Amazon for $7 (50% Off). Amazon can then sell it for whatever price they want, usually under $10. Amazon does not like to sell E-books over $9.99 as they feel E-books and Paperbacks should be priced according to production costs.

A revision was later made that dropped the Publishers wholesale price from 50% to 30% AND the Publishers had the right to tell Amazon what price to sell the E-books at. This revision was so unscrupulous that the Department of Justice stepped in and proved Collusion was occurring thus demanded Immediate Revisions.

As it stands today Publishers sell E-books wholesale for 30% Off and Amazon can determine the price the E-books sell at. This doesn’t jive with Amazon, again because they feel E-books and Paperbacks should be priced accordingly. At the current 30% Off rate it is almost impossible for Amazon to sell E-books under $10.

For Example:
Published E-book is $15, sells to Amazon at wholesale price 30% Off, Amazon thus pays $10.50 for each E-book. Obviously there is no way Amazon could sell the E-book for under $9.99.

The worst part about the whole thing is Published Authors are in the middle of this shit show. Which would be worth the headache if they had money at stake, however Published Authors don’t stand to make much more despite the outcome.

What about the Self Publishing Authors?

Well Amazon gives them over 50% royalties if they price their E-book according to what Amazon suggests. Due to Amazon’s historical debacle with Publishers they have Policies in place to treat Self Publishers very well. No headaches, No shit show.

Seems like it has never been a better time to be a Self Publishing Author!

Make sure to check my next article in this series: The Social Media Tool to get Initial Traction & Increase Sales for your E-Book 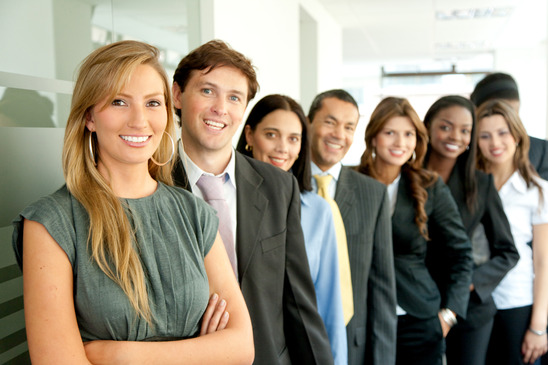 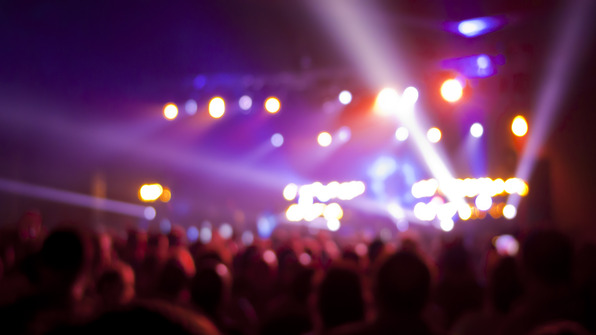 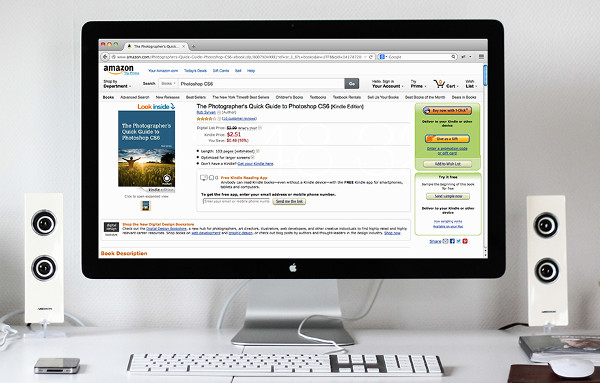 The Social Media Tool to get Initial Traction & Increase Sales for your E-Book
Learn Tips and Tricks to Effectively Market your E-book on Social Media, Amazon and Online. Don’t just Sell your E-book, Build a Fan Base. 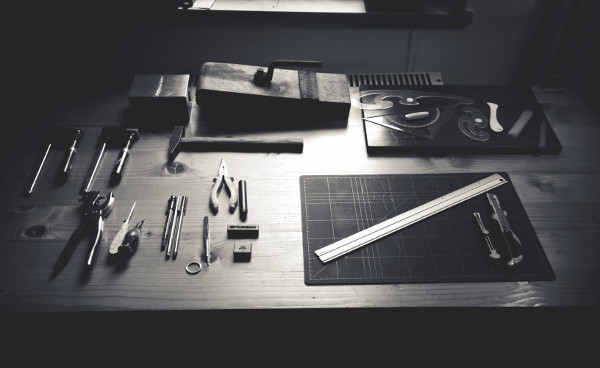 Quality over Quantity. Are you Marketing to your Ideal Customer$
Are you sure that your Marketing Efforts are not going to Waste? Learn what a Multi Millionaire learned the Hard Way… from a Teenage Girl.

How Link Plug Analyzes your Social Media Effectiveness
How to know if your plugs are performing well and what to do if they are not.